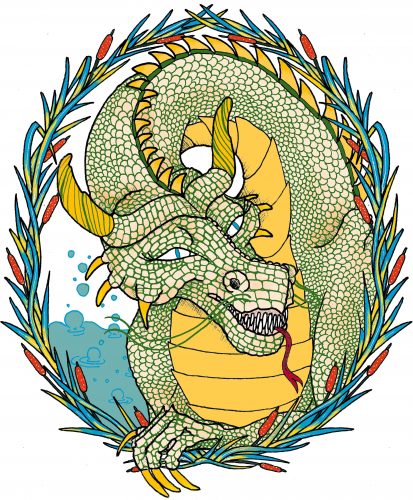 Dragonne is a strong beer (9.5% alc) made from special yeasts. It is a beer of character, topped with a creamy, tight foam which has a sweet and rich taste and develops fruity and spicy aromas .

Dragonne is available in 75cl bottles.

According to the legend, a female dragon or dragonne was living in a pond near Nogent, terrorizing people hiding in their houses. On a moonless night, the hungry beast came out of its shelter to venture into the first houses in the city. The baker, who had left his door open, heard chilling growls. He ended up nose to nose with the animal but, having a red hot loaf of bread in his shovel, he shoved it all into the mouth of the dragon. The severely burned beast suffocated. The baker, who had rid the city of this creature, became a local hero. Up until the revolution, a procession was held each year in Nogent to honor him. People walked behind a replica of a dragonne holding a loaf of bread in her mouth.