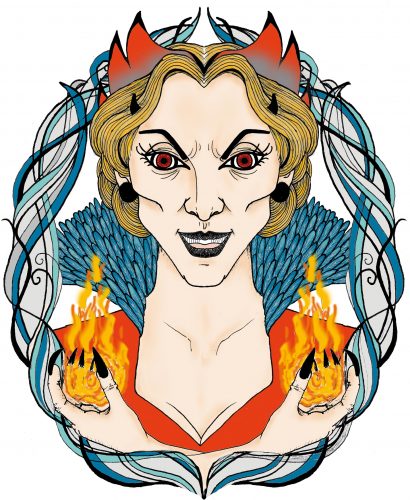 La Chouchoute is a blonde beer (8.5% alc) brewed by ascending infusion and fermented with high yeasts. La Chouchoute reveals a rich aromatic profile, it is a beer of character, topped with tight and persistent foam. It is best is to drink it at a cool cellar temperature.

The witch of the Church of Saint Malo in Mortagne.
The Mortagnais feared a witch who lived in a shack under the church. People in the town attributed all evils which befell the city to her and nicknamed her la Chouchoute. She made a pact in July 1593 with the Baron de Médavy and his army to let them invade and loot the richess of the town. On the night of the assault, the inhabitants resisted unexpectedly and took refuge in the church tower and the Baron de Médavy was forced to leave the premises.